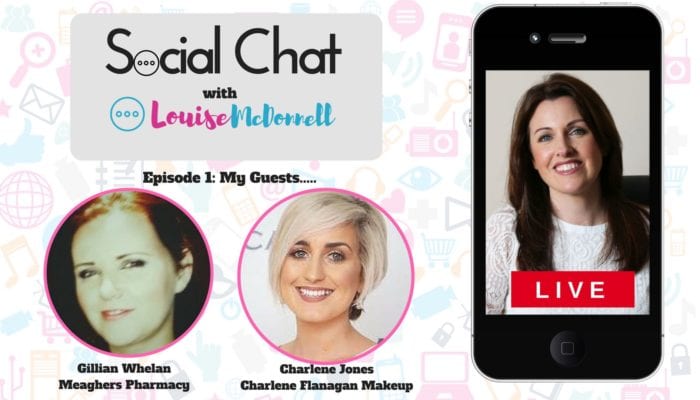 I really enjoyed my Facebook LIVE chat with Charlene Jones from Charlene Flanagan Makeup and Gillian Whelan from Meaghers Pharmacy.  Between them, these two brands have a social media following of 100,000 followers.  During my show I investigate how they grew their fan-base.

Welcome to Social Chat with Louise! Tonight my guests are Charlene from Charlene Flanagan Makeup and Gillian Whelan from Meaghers Pharmacy! Find out how these two brand grew their following on Social Media! I’ve also got the latest figures on social media usage in Ireland…stay tuned!! Please like, comment and enjoy!

Here are some of the screen shots Charlene and Gillian share during the show.

In the slide below, Charlene shows how a “before and after” image performs on her page.  With an organic reach of almost 100% this post had a reach (was seen by) of 20,920.  Engagement levels were high with 423 reactions, comments and shares and 1900 post clicks. 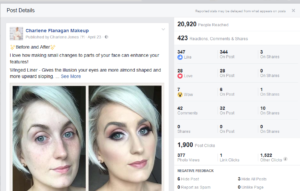 When Charlene announced on her Facebook Page that she had become a brand ambassador for Cailyn Cosmetics her fans showed their delight by engaging with this post!  1,262 reactions, comments and shares and 3,067 post clicks led to an organic reach of 29,729. 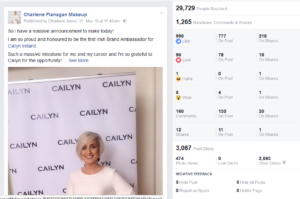 Gillian shared a post featuring a blog article by the beauty, fashion and lifestyle vlogger, FacesByGrace featuring her top ten products for the summer. This timely article was very popular with their audience with an organic reach of 26,203, 1,057 post clicks and 124 reactions, comments and shares. 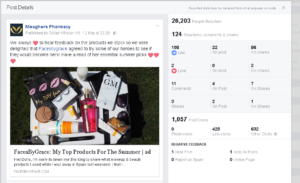 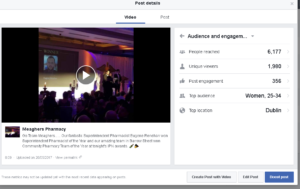 During the show Charlene shared a story about having one of her live Facebook broadcasts attacked by trolls and how upsetting that experience was.  She gave some valuable advice on what to do to safeguard against this happening again.

Gillian told me about the inspirational #Wrap4Homeless Christmas charity campaign that raised over €26000 in December 2017.  Meaghers teamed with the Peter McVerry Trust and charged customers a fee for wrapping their Christmas gifts.  This fee was in turn donated to the trust.  Gillian explained how social media played a major role in raising awareness about this worthy cause. 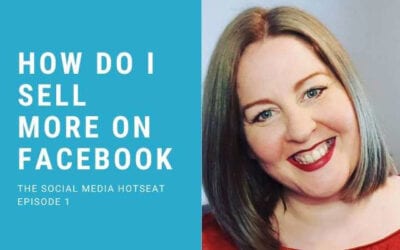 "The Social Media Hotseat", is an agony aunt type show but all related to social media marketing issues where I offer 15 minutes of candid social media advice to business owners! Episode 1 First up in the "hotseat" is Ciara, a life coach from Ciara Henehan Coaching....

10 Tips to Maximise Your Post Reach on Social Media

How you present your content on social media can have a big impact on organic reach.  All social media platforms have algorithms that control content distribution.  Algorithms favour content that has achieved engagement within a short time of being published.  Think...

Building Trust with Your Customers Through Social Media: 5 Tips

Consumers are seeking companies they can trust, making it more vital than ever for businesses to establish a favourable reputation with potential customers. And social media is the ideal channel for businesses to communicate with their customers and build brand...

If you’re having problems with getting your Facebook Ads rejected, could you be “guilty” of any of the following: Using the word “OTHER”: As a general guideline, avoid using words like “other”. You can’t imply that you actually know anything about the users you’re...

We use cookies on our website to give you the most relevant experience by remembering your preferences and repeat visits. By clicking “Accept”, you consent to the use of ALL the cookies.
Cookie settingsACCEPT
Manage consent

This website uses cookies to improve your experience while you navigate through the website. Out of these, the cookies that are categorized as necessary are stored on your browser as they are essential for the working of basic functionalities of the website. We also use third-party cookies that help us analyze and understand how you use this website. These cookies will be stored in your browser only with your consent. You also have the option to opt-out of these cookies. But opting out of some of these cookies may affect your browsing experience.
Necessary Always Enabled

Any cookies that may not be particularly necessary for the website to function and is used specifically to collect user personal data via analytics, ads, other embedded contents are termed as non-necessary cookies. It is mandatory to procure user consent prior to running these cookies on your website.